A place to discuss anything that the Blizzard North creators created after Diablo II.
Post Reply
4 posts • Page 1 of 1

After 3 days delay, it arrived! I'll make another post after I'm done using Alcohol 120% to make backup images of these discs (And to bypass SecuROM and play it without the CD as well) and show what game version this came for both the .exe, and what shows up in game (before I patch it to 1.2).

Alright so.. after I finished dumping the images with Alcohol 120%, I mounted the images and proceeded to install. I was fighting for the installer for more than an hour because it would open up, ask me for my CD key, and start the installation, however, the progress bar would immediately progress to 75-80% and then it would get stuck there forever. The installer asked for admin privileges as well when it begin but even with that it still got stuck. After researching online and trying different permutations, I read that there were many other people that were also getting stuck at the same stage. 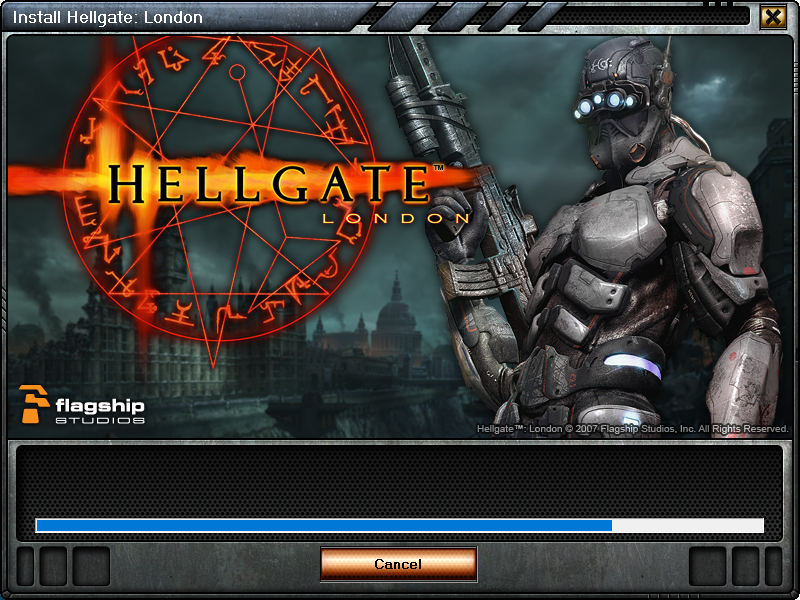 I then went into the mounted ISO directory and attempted to play around with the x64 and x86 installers. The x86 installer opened up once but then when I closed it and tried to open it again, it just threw errors consistently. Btw, I also had to reboot my computer every time the installer got stuck because even if I tried to cancel it, it wouldn't completely terminate, preventing a subsequent installation attempt from failing. After doing all of this, I read a post somewhere where they mentioned just extracting all of the files out of the disk and onto a folder somewhere on your drive. Once I copied the files from the mounted ISO directory to a regular folder on my hard drive, I ran the Setup.exe in Admin Mode from the get go (I right clicked it -> Run as Administrator). I proceeded with the installation again, input my cd key, and continued. This time, the installation worked! 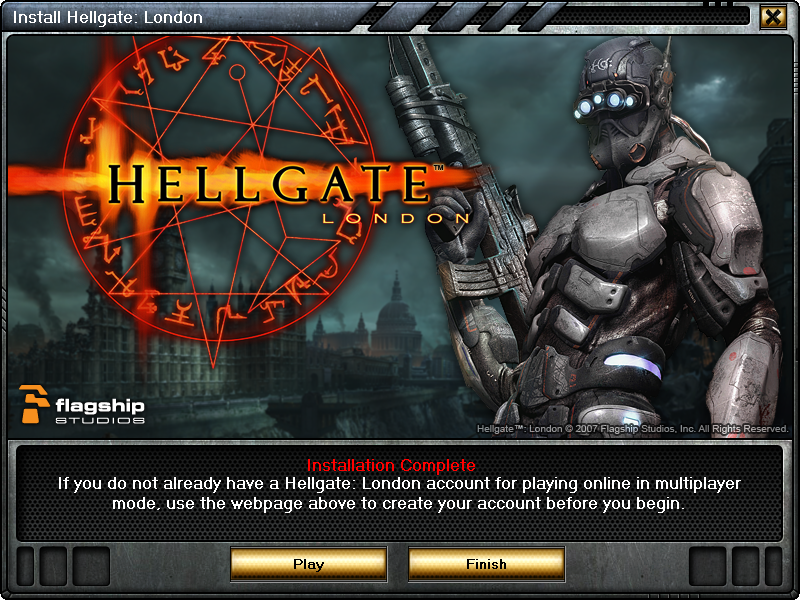 Once the install showed that message, I also got a message about installing some missing components (Like .NET 3.5. I have .NET installed but versions over 4.0). I went ahead and installed those missing dependencies as well and that installed successfully. 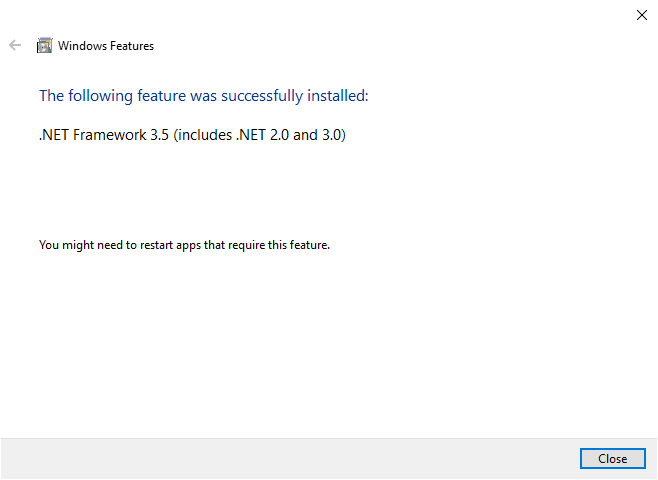 As for the game version that came on the disk, it seems to be identical to the one @gloamed posted: 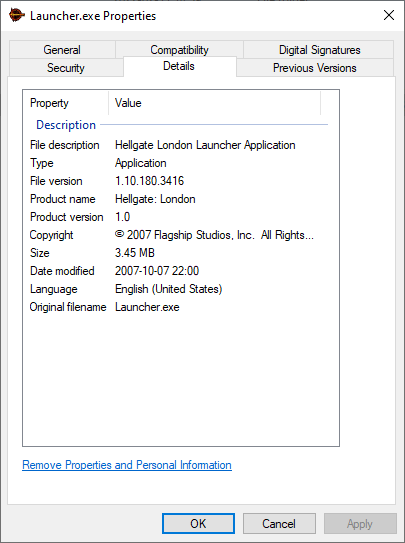 Lastly, I also unmounted the Alcohol 120% image from my computer and I was still able to play the game. So it seems you don't need to have the CD mounted to play, you just need the CD to install it.

TLDR: If you are getting stuck installing from the official Hellgate: London 2007 CDs with the 75-80% situation:
NOTE: It's important to install the game via the "Setup.exe" and not via the "HGL_x86.msi" (or the x64 equivalent). If you do so, you won't be able to patch or start the game since the language.dat and maybe some other things will be missing. If you already did so, then you could can uninstall and reinstall with the steps above.
Top 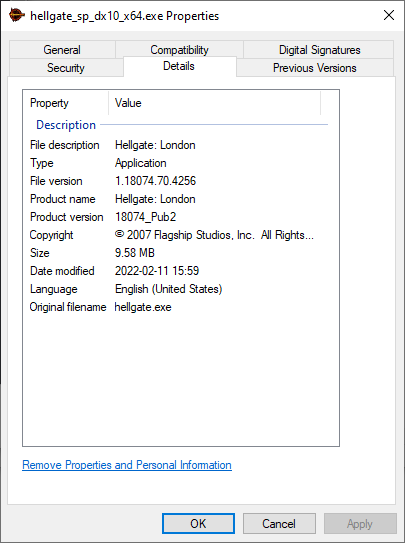 I've done a reinstall of HGL on my laptop and gathered the following info (I've also added some more clarifications to the steps in the previous posts regarding troubleshooting).