If you are retiring/finished playing a character, the character has died, or another reason where remembrance is deemed, this is the place for thee.
Post Reply
1 post • Page 1 of 1

The following chars will be archived (Mules won't be listed): 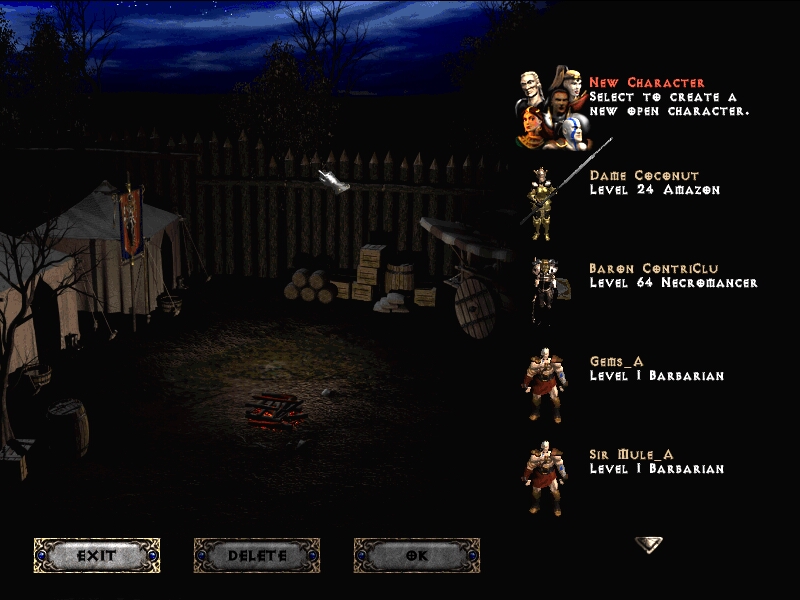 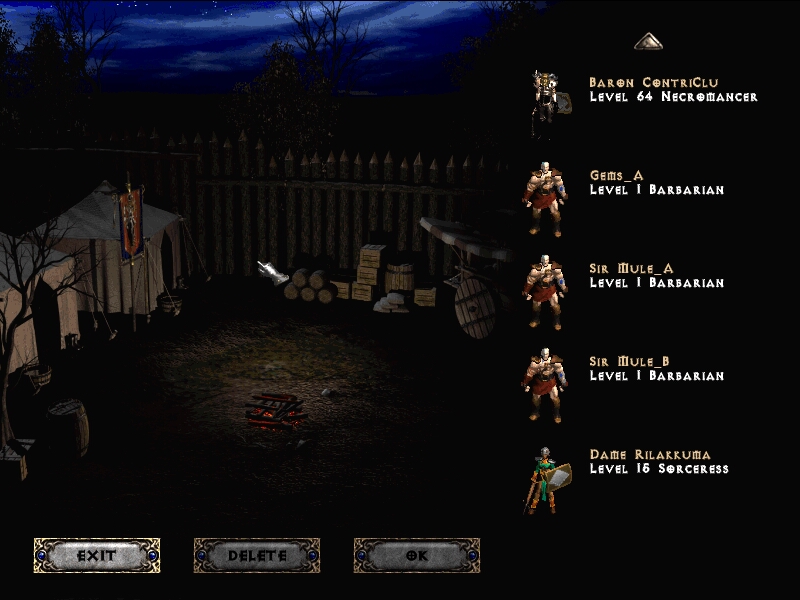 ContriClu was an Iron Maiden + Blood Golem necro. It was a hell of a ride, and a very agonizing one as well (

), since this char was my first one for this ladder in this version. Thus it was fully untwinked. Around lvl 14 things really slowed down for me, once I got to 18 and got the Blood Golem, things slowly started to get better since I could start to use my BG as a decoy to get agro off of me primarily and I could strategically pick off enemies if needed. NM went fine as well, and Hell was fine for the most part, it was on the slower side of course since my actual weapon damage wasn't as good as back in earlier difficulties. This meant I had to start relying more on my curses and the BG. I also had to start investing points into Revive so that I could have some way of dealing with non melee chars (.. they won't be affected by IM). Hell Diablo was the hardest and I have the Baron fight for ContriClu, which can be found here. The reason was that my previous strategy of just Clay Golem + Iron Maiden bombing the bosses didn't work as effective anymore. When it comes to boss fights (Let's say Duriel for example), I would NOT use Blood Golem due to the life sharing effect, Duriel's attacks against it means my main char would easily lose 85-90% life in one shot. I used Clay Golem instead to allow Duriel to hit a target that wasn't linked to me, and thus it also meant that Duriel would end up hurting himself due to him being under the effects of Iron Maiden. Repeatedly letting Duriel kill the continuously resurrected Clay Golems meant that he would kill himself very quickly. This strategy worked for all bosses in all difficulties. However, as I said earlier, with Hell Diablo it was difficult to do this.. specifically because Hell Diablo refused to physically attack the Clay Golem and rather liked to use his lighting hose + fire attacks against them. I also noticed that once Diablo got to around 50% HP, he really didn't want to physically attack the golems even more. Maybe it was just a coincidence, but that's how it felt.

ContriClu was also able to handle p8 Normal, NM, and Hell Cows with no problem due to IM being % based and thus it would scale back damage appropriately. I've implemented the players command for 1.00, 1.05b, 1.07, and 1.08 via Singling so running "players X" is not an issue and I don't need to open 8 copies of Diablo II (EEEEEH

). You can also see that this Necro was ready for SOJ farming. He was carrying a Nagel/Manald in stash. As a matter of fact, the first SOJ I found (And the only during this ladder) was from a Hell Cow that happened to drop a unique ring .... and you already know what that means

There isn't too much interesting here apart from her gear. She is Dame-d since once I got to level 15 in A2, I decided to try and rush her with my Necro to Nightmare, at least so that I could access the Cow Level in Normal. Pre-1.10, your character needed to complete the difficulty before they could even enter the Cow Level. So that's why in 1.09, if you wanted to power level your char in Hell Cows, you needed to Mat/Pat the char first before entering The Moo Moo Farm.
Dame Coconut

This was a Javazon I was working on. Her primary ability (at least until she gets LF/LS) was Jab. Since prelod Jab didn't depend on IAS, using a big weapon that does a lot of damage is a very good idea. This is why I was using a 3os Pike w/ 3 pskulls. The missing gear is stuff I took to give to the Sorc, most likely lol.
Other 1.05b Items
1.09b (Lod) Characters 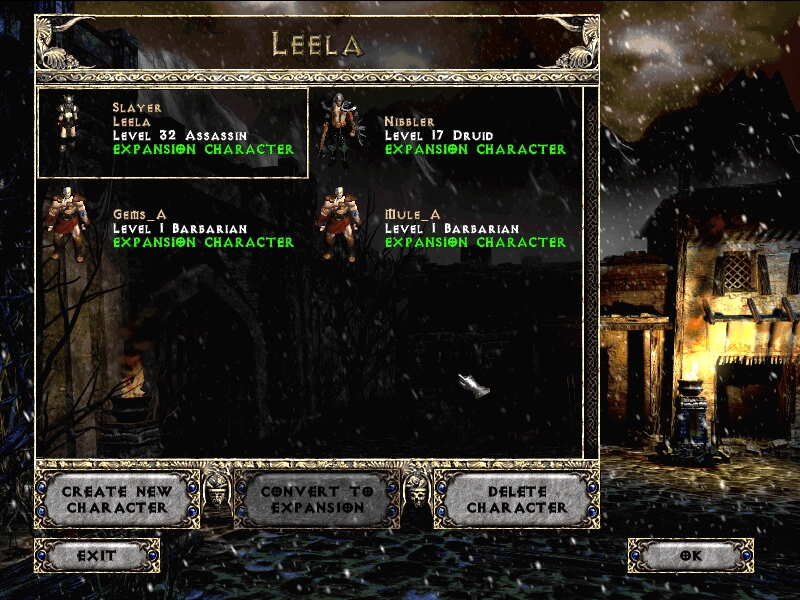 Leela was a Dual Claw Martial Arts Assassin. For the most part she was pretty strong for her level but she felt like a glass cannon. Given time I could have made her stronger. The Claw Mastery bugs helped of course (100% Crit + Attack/Damage %s swapped). Although the Fists of Ice has a known bug where it doesn't freeze so that was a shame. For my next assassin I probably will make her either a claw/shield martial arts assassin, or a trap sin. There is no kick damage on boots pre 1.10, so the options are different.
Nibbler

This was an experimental hybrid I was trying to figure out as I went. I was eyeing a combination of Hunger as the main attack skill, with Ravens as additional DPS support + Oak for Health, and then probably wanted to go with Cyclone Armor for elemental resistances + Hurricane for AOE. I think I will remake this Druid when I start my new ladder.

Return to “Halls of Echo”